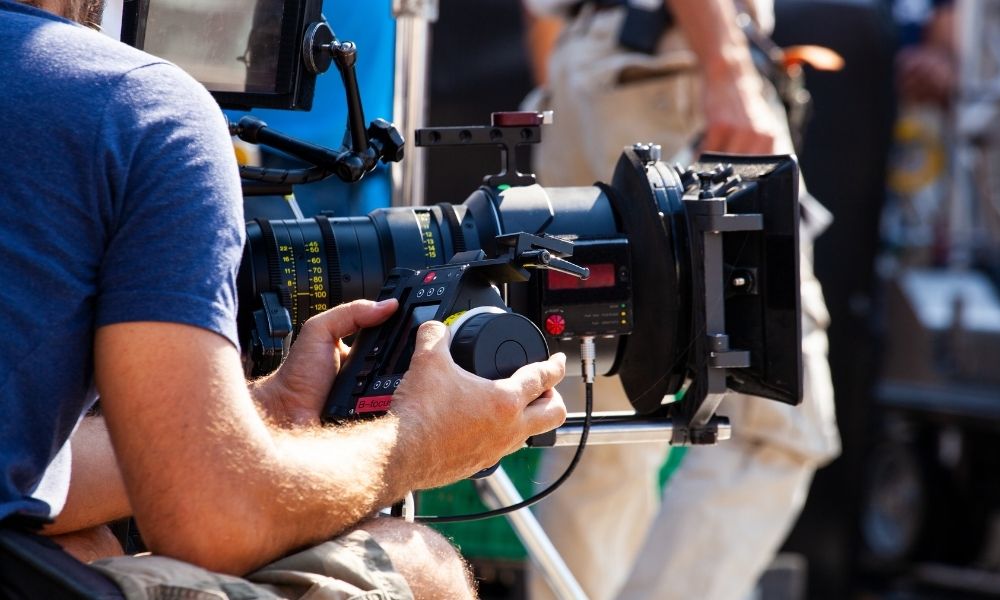 Each of the three primary forms of visual storytelling can be said to “belong” to different people. Live theatre, in a sense, belongs to its actors, who perform on stage beyond the control of their director—once the curtain goes up, the fate of the show is ultimately in their hands. The serial nature of television programs gives their ownership to the producers, showrunners who guide continuing stories over weeks or years. Film, which has many of the same production demands as television but the singular nature of a play or musical, is in the hands of its director and cinematographer.

Motion photography requires more illumination than one might first expect, and it is incumbent upon the cinematographer to ensure that a scene has the light it needs—insufficient lighting is not the kind of problem you can simply fix in post. Luminance meters measure how much light falls upon a surface and then gives it a reading, which the director of photography uses and cross-checks against. This device is a valuable resource to cinematographers—and no, there’s no smartphone app that can adequately take its place.

Cinematographers rely on still photography as reference points. You should have a virtual roll of all your sets and field locations to work from. Whether you’re scouting out locations before a shoot or taking pictures during shooting, having these stills at your disposal can help you ensure a consistent approach to your project.

Up until this point, the tools you need to be a cinematographer we’ve mentioned have been strictly visual in nature. But movie sets are frenetic, chaotic places, as you’ll soon learn, and clear communication is key to overcoming the chaos. With a dedicated headset attached to a walkie-talkie system, you’ll be able to hear and be heard amid the din, ensuring a line of communication with your director and other people who may need to reach you.