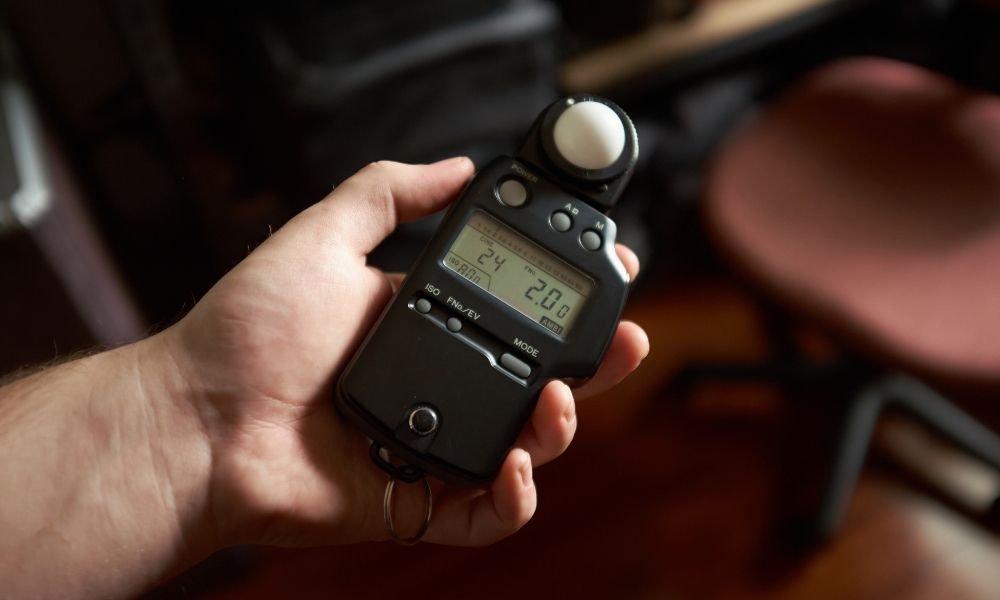 When it comes to determining how much light a bulb emits, it’s not wattage—which measures energy consumption—that matters, but rather lumens. Lumens measure a light source’s luminous flux, or the power of light visible to the human eye. (This distinction between perceptible and imperceptible light forms the basis of the distinction between photometry and radiometry, the latter of which extends beyond the visible portion of the radiation spectrum.) LEDs generate more lumens per watt than incandescent bulbs. For instance, a 23-watt LED bulb will generate 2500 lumens, while a 60-watt incandescent bulb may radiate as few as 800 lumens.

A handheld light meter is one of the easiest ways for photographers to measure LED brightness. A light meter reads light in terms of lux, or lumens per square meter. By calibrating the light meter against a darkened space, the meter can then determine the illuminance of the lighting once the lights take full effect. On a clear day, the sun generally provides 10,000 lux. Consider what your illuminance needs are for indoor LED applications.

In order to properly calibrate lighting and make sure that LED lights meet standards, users may subject their lighting to a rigorous LED measurement system. Not only do these systems measure luminous flux, but they also explore myriad other aspects of your LED lights’ characteristics. Confirming a light’s spatial uniformity is necessary for a versatile and reliable workload. Determining its chromaticity, or the hue and saturation of the light, can help with streamlining white balance issues.

A Glossary of Laser Sensor Terminology