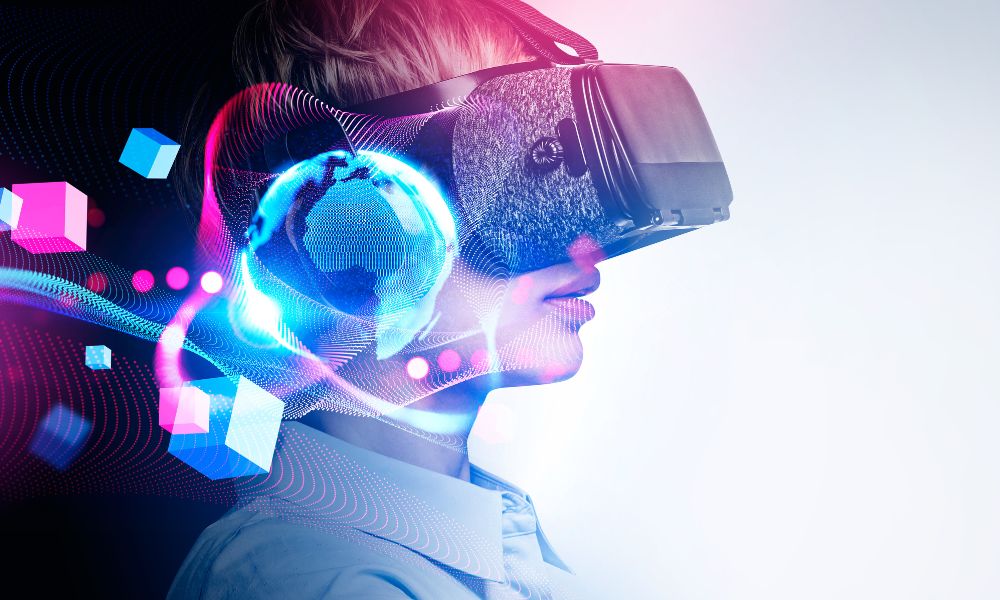 Augmented and virtual reality technology are often discussed in tandem with one another. This makes sense because the two are similar. AR and VR tech give us a glimpse into virtual, high-resolution worlds that are slightly different from ours, and they both utilize near-eye display technology.

AR and VR are trailblazing new paths for numerous applications across various industries, so it’s true that AR and VR technology share a lot of similarities. They also exhibit a few differences that set them apart from one another. Learn about the key differences between AR and VR in this brief guide.

What Is Augmented Reality?

Augmented reality (AR) uses near-eye technology that adds to a user’s real-world environment and generates images and displays them for users on top of their surroundings. These images can be experienced through multiple devices, but a headset to eliminate the user’s environment secured to the user’s headis not required.

Augmented reality as a concept is a digitally enhanced version of the natural world—hence the descriptor “augmented reality.” AR technology paints its own pictures of our world through the use of digital elements, such as sound, luminance, color, and imagery.

AR looks a lot like our world, but there are digitally modified enhancements within it. AR has many applications, and you could argue that it’s most effective for virtual training and even certain types of therapy.

What Is Virtual Reality?

On the other hand, virtual reality (VR) is a technology that allows us to see universes outside of our own. You have likely heard the term “virtual reality” in the context of gaming. The gaming applications for VR continue to expand and improve quickly.

Much like AR, VR displays project high-resolution, computer-generated images for viewers to enjoy and do require a head mounted display (HMD) or headset to eliminate the user’s surroundings and immerse them into the developed virtual reality. Like AR, these images are enhanced with digital stimuli like sound, color, and luminance.

The difference between AR and VR is that VR can project images that don’t necessarily resemble the real world. This ability makes it an excellent choice for immersive gaming experiences, but that’s not the only distinction separating AR and VR.

What’s the Difference Between the Two?

When you look at AR and VR technology from a technical and mechanical standpoint, you’ll notice that they are more different from each other than you thought. Below, we’ve described some technical differences between these two innovative technologies:

In short, AR and VR are similar and different in many ways. It’s important to understand these distinctions from a user, development, distribution, and quality assurance perspective. Knowing what makes these technologies different can help us better understand ways to develop comprehensive AR and VR near-eye display testing. Device makers are empowered to ensure top-tier, high-performance products for gamers, virtual trainees, medical applications, and businesses looking to invest in AR and VR technologies.

The Properties and Applications of Photonic Crystals