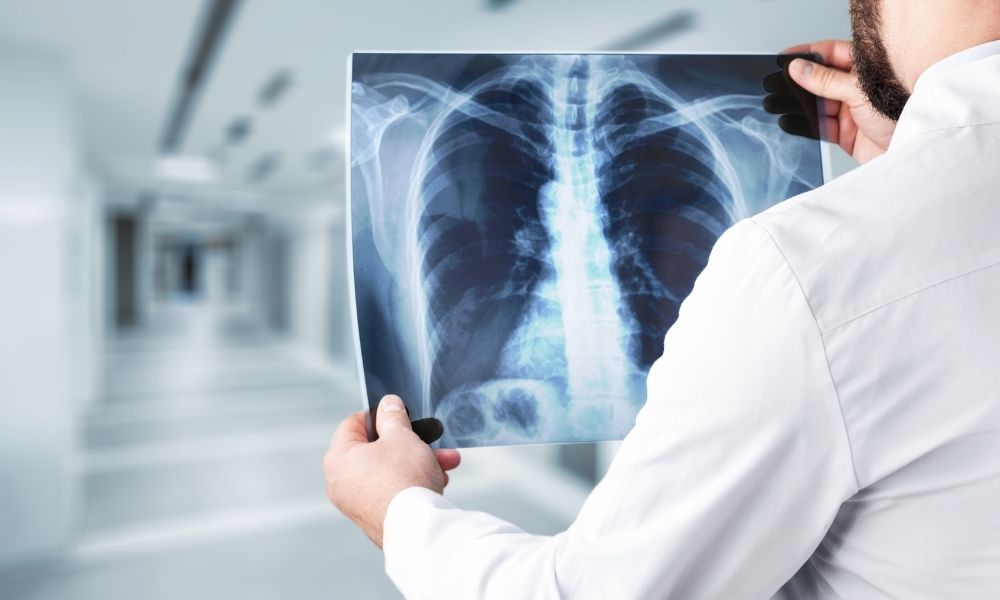 We’ve now arrived at the final chapter of our ongoing series, Electromagnetic Spectrum 101: X-Rays. For those just joining us, we’ve already covered every other type of energy that lies on the electromagnetic spectrum, so please do check those out if you haven’t already. If you’re already primed and ready to go, then keep reading!

X-Rays by the Numbers

X-rays have wavelengths ranging from 0.01 to 10 nanometers, frequency ranging from 30 petahertz to 30 exahertz (31016 Hz to 31019 Hz), and energy ranging from 100 eV to 100 keV. Compared to ultraviolet (UV) light, their wavelength is shorter, whereas gamma rays have a longer wavelength. X-rays are also known as Röntgen radiation in several languages, in honor of their discoverer Wilhelm Röntgen, who dubbed it X-radiation to denote an undiscovered form of radiation.

There are two types of X-rays: hard and soft. Hard X-ray photons have energies between 5 and 10 keV (wavelengths between 0.2-0.0.1 nm). In order to obtain images of the inside of things, hard X-rays are frequently employed, like in medical radiography and airport security. In addition to denoting the radiographic picture created by this technique, the term “X-ray” has become metonymic. When used in X-ray crystallography, hard X-rays’ wavelength is close to the size of an atom, making them valuable for figuring out crystal structures.

Instead of having to be absorbed, soft X-rays are readily available in the air, and water has an attenuation length of less than one micrometer. Low-energy (soft) X-rays are undesirable in medical diagnostics because the body absorbs them completely, increasing the radiation dosage without improving the visual. In order to absorb the low-energy part of the X-ray spectrum, an extremely thin sheet, generally made of aluminum, is put over the X-ray tube’s window. By increasing the energy of the beam, it’s known as “hardening the beam” since it causes the X-rays to become more energetic.

A different way to tell the two forms of radiation apart has been to look at where they come from. For example, electrons from outside the nucleus generate X-rays, whereas the nucleus itself emits gamma rays. Light released from the nucleus and light emitted from electrons outside of the nucleus have wavelength bands in common. When it comes to X-rays (or gamma rays), only the wavelength and polarization affect their characteristics.

We hope you’ve enjoyed the X-ray chapter of Electromagnetic Spectrum 101! And once again, if reading this has inspired you to get out there and measure light for yourself, we’ve got plenty of light measurement equipment readily available on the Gamma Scientific website!

Why Vantablack is Able to Absorb 99.965% of Visible Light

How Does a Tunable Light Source Work